The Beginnings of NPC 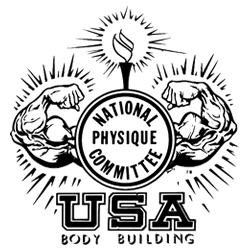 In 1977 the International Federation of Bodybuilding & Fitness (IFBB) dominated the competitive bodybuilding landscape and the Amateur Athletic Union (AAU) took a back seat.

The National Physique Committee (NPC) was formed in 1981 by Jim Manion, who had just stepped down as chairman of the AAU Physique Committee.  NPC became the most successful and largest amateur bodybuilding organization in the U.S where amateur bodybuilders compete in local to national competitions and ruled by the NPC.  It’s the amateur division of the IFBB in the U.S, and is recognized by IFBB as its amateur extension for the U.S.

In order to become an IFBB professional bodybuilder in the U.S. a class must first be won at the NPC Nationals Championship or be the overall winner at the NPC USA Championship. However, there are other organizations and federations in the U.S. that also promote amateur athletics and have a professional extension; the NPC and the IFBB are the largest and most well-known.  The NPC also sanctions bodybuilding fitness and figure competitions across the U.S.